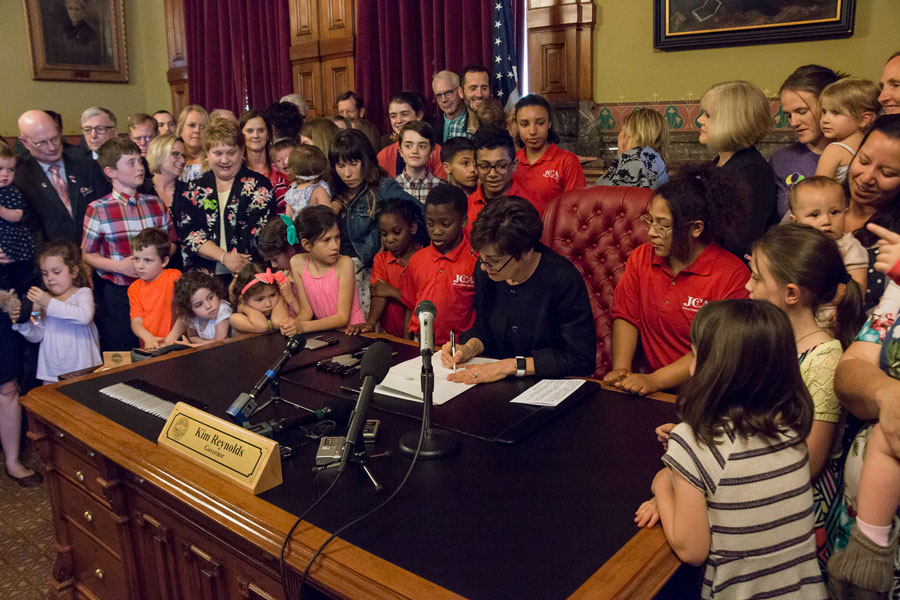 Iowa Governor Kim Reynolds signed Senate File 359 this past Friday that prohibits abortionists in Iowa from performing most abortions after a fetal heartbeat is detected.

This bill has gotten much attention from the pro-life community and has been championed as “the strictest abortion ban in the nation.”

Let’s be honest about this bill and others like it, there is nothing strict about legislating “when” an unborn child can be killed. This bill leaves vulnerable the smallest humans among us: those without a heartbeat. This bill also provides exceptions to allow for the killing of those conceived in horrible circumstances yet who are just as innocent as any baby.

Bills like SF 359 seek to comply with court rulings by working within the framework established by unconstitutional, evil court rulings which say a woman has a right to have her child killed. These bills are supported by pro-life organizations who, though well-intentioned, are only validating the authority the courts have claimed for themselves.

In our states, we need bills introduced by courageous legislators who will simply say NO to unjust court rulings. No more exceptions for whom can be murdered and when. No more working within a flawed framework of compliance to unjust decrees. The time for courage and justice is now.

“Hate evil, and love good, and establish justice in the gate.”

Want to join with us financially? Your support helps us reach and mobilize more people. And mobilizing more people means more influence on government to abolish abortion.